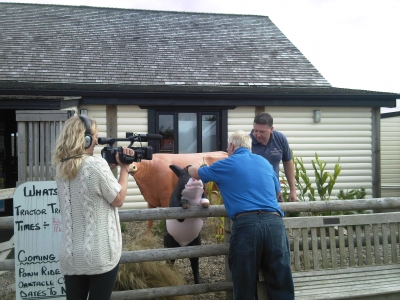 This image shows the Owner of the Farm Mike Parnell and Chris Sims being filmed placing the Curious Pig on the Farm Shop fence.