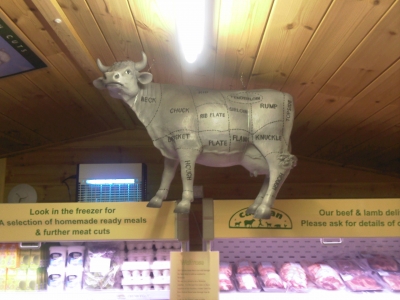 Here you can see our 'BUTCHER'S CUT'S' model Cow placed over the meat section within Carruan's Farm Shop.