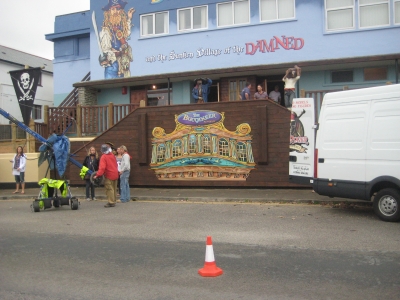 GETTING THE EARLY SHOTS IN Date Added: Sunday 30th August 2009

In this image you can see film crew getting the early shots in...