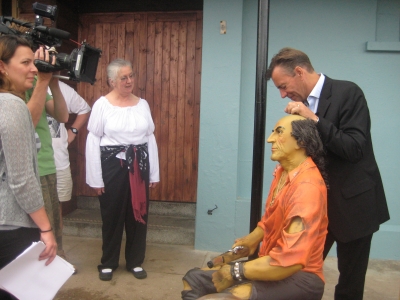 In this image you can see our PIRATE SAT ON TREASURE CHEST with Duncan and Margaret. Duncan personally bought this model from us and gave it as a present to Margaret and Mike the owners of the Attraction. Here they are being fimed for the show as Duncan announces that this was his gift to them.