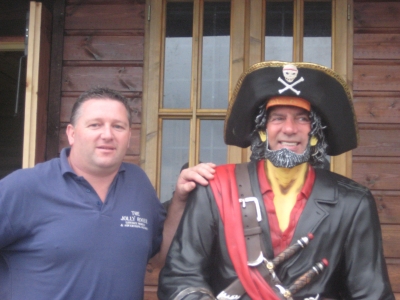 In this image you can see our Faceless Pirate with Duncan posing for the camera with Chris Sims the owner of the Jollyroger alongside.