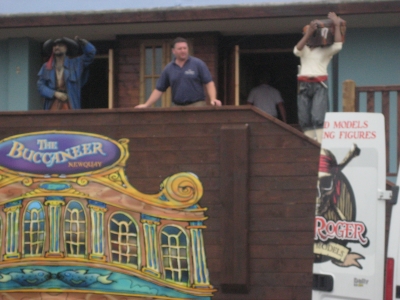 In this image you can see the newly created frontage of the Buccaneers Bay Attraction with our Treasure Hunter Pirate in shot.