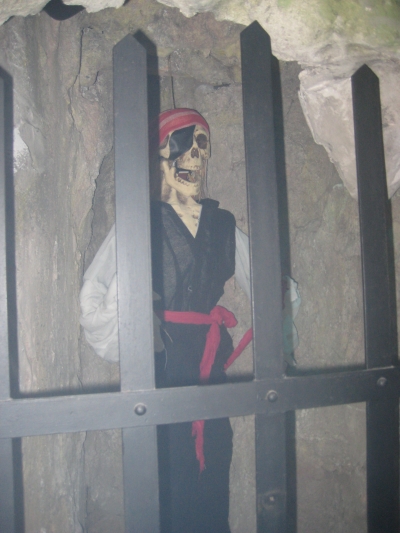 In this image you can see our Hanging Poly Foam Pirate within one of the Caves inside the Attraction. At just £65.00 this makes a great effect in any Pirate Themed area