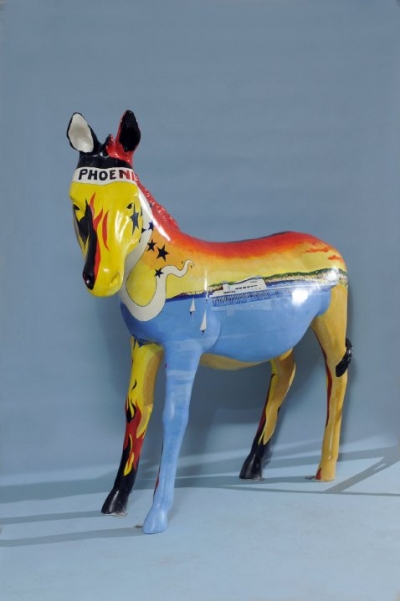 Forty decorated donkeys take to the streets of Weston-super-Mare at the end of May. The donkeys, are being sponsored by local businesses and will brighten up the town during the summer months.

One of the donkeys will be raffled off, which will give a local person the chance to win a donkey. Another donkey will be turned into a money box for Weston Hospice.

The donkeys are being painted by artists from all over the South West region. Worle-based artist Nick Sparks is in the process of painting the donkey sponsored by Wookey Hole Caves. His design is black and white and features a spider’s web with coloured spider on the donkey's back.