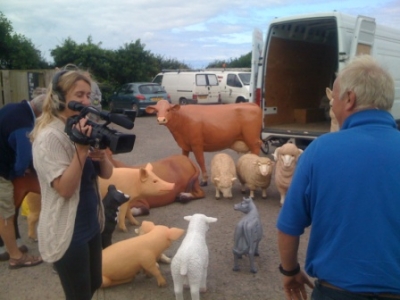 In this image you can see the producer of the show - Maria  Knowles -  talking with the owner of Carruan Farm Mike Parnell after we had unloaded the New Models for the farm.